There are people who are so amazingly skilled at video games that you'll question if they've surpassed the known limits of science and reality. Watching them is like witnessing real magic, exploding your brain into trillions of tiny fragments and leaves you a melted pile of human goo. You'll watch for hours, hoping to fill the newly created void within your soul due to the realization that you will never achieve as much.

If you ever wanted to watch someone with almost no discernible skill... IT ME! The way I play anything is similar to someone who just recovered control of their limbs after an accident might. You'll question my logic, my lack of timing and wonder how I manage to make it through the day without bodily harm. The small amount of entertainment I provide will give you the same feeling as watching a reality TV show, hollow and shameful for not having better managed your free time. BUT maybe I'll inspire you. Maybe I'll carelessly spark a flame within you that creates a forest fire of motivation to begin a streaming journey yourself. Because I can guarantee that at some point you'll think to yourself, "Why can't I do this too?"

The game I play the most while streaming is Super Mario Maker 2  for the Nintendo Switch, in which you can create courses in the Super Mario Bros., Super Mario Bros. 3, Super Mario World, NEW Super Mario Bros. U , and Super Mario 3D World style and share them online for others to play. I usually grind New Courses, which are the user created courses that have recently been uploaded and most likely have not been cleared yet. I rarely play viewer submissions.

If I'm not playing Super Mario Maker I might play:

ALL HAIL NXRBOT, OUR CHAT OVERLORD

NXRBot is powered by Firebot which is a really great chatbot that runs on your desktop. I migrated away from Streamlabs Desktop Chatbot (Formerly known as Ankhbot) because Firebot allows me to customize things just the way I like. In fact they even auto-genrate a commands page so you can view all of the bot commands here.

The above chart shows the percentage of chance that I might stream on that day. There is no real scientific or mathematic basis for those numbers though because I made them up. I have no set schedule... yet™ Ideally I'll try to stream at least twice per week for at least 4 hours or longer. Wednesdays are usually the busiest days for me so a stream is the least likely but if I have enough time, I'll try!

This is a list of Twitch streamers I either follow, am subscribed to and/or recommend watching. The order was decided based on who I like more! Just kidding, they are all equal... Also I'll be honest I'm too lazy to update this frequently so there are probably some people I forgot to add. My bad!

I'd say the only reason to watch this streamer is if you have a real urge to pet barn yard animals but don't want to make it out to your local petting zoo. The entertainment value is about the same with the only benefit being that you won't smell like the donkey he'll turn you into.

Follow him on his journey to become the world's biggest Call of Duty life coach and watch as he puts on a clinic on what not to do.

These folks don't stream as much or ever. But I still recommend them!

Note: While I wish I could subscribe to every streamer I recommend, financially that is not possible at this time. The people I am subscribed to depends on many factors such as when they were affiliated/partnered, how often I use their emotes and how often I am in their chats. I may be subscribed to other streamers but those have most likely been gifted to me, which I appreciate!

THANK YOU FOR SUPPORTING OKAY GAMEPLAY

You can support my Twitch channel in many ways such as viewing/lurking, following, hosting, raiding, cheering with bits, subscribing, or tipping me directly. I do not prefer one over the other, nor is it ever required but always appreciated. You can read below how each action helps me.

The easiest way to support my stream is simply viewing it. You don't even have to be active in chat, though that is appreciated. You can lurk to your heart's content if you want. I try to not intentionally call people out of lurk or pay attention to the viewer list. So feel free to use me as background noise while working, studying or even sexing!

How it Helps: Having viewers helps by putting me higher in the game directory and helps towards unlocking the "Path to Partnership" achievement. In the future it can also help secure sponsorship deals so I can become a huge $ellout.

Bits are Twitch's form of virtual currency which you can purchase with real money or get through watching #ads. You can then give them to ANY affiliated or partnered streamer by cheering within their chat. I recommend purchasing bits through a web browser as it will cost less than through Twitch's mobile app due to respective app store fees.

How it Helps: Bits are equivalent to 1 cent. This may seem small but can add up to a decent amount. Revenue from this, like all other revenue I receive, will be used to support the stream and myself.

Twitch has also added the ability to unlock Bit Tier emotes which are emotes you'll have FOREVER once you unlock them.

Text-to-Speech (TTS): If you cheer 50 bits or more you will trigger text-to-speech which means your cheer message will be read aloud by Streamlab's TTS bot. Careful there is spam detection and censoring. The TTS voice we use is Justin.

As a Twitch affiliate I am lucky enough to have a Subscriber button. Though I am limited to the amount of emotes per Subscription Tier. If you'd like to subscribe to my channel you can do so HERE. If you have Amazon Prime, you can link it to your Twitch account and get a free Tier 1 subscription to re-use each month on ANY affiliated or partnered streamer of your choosing. Learn more HERE.

How it Helps: For each subscription I receive roughly 50% of it's value based on what tier you subscribe at. I also earn Subscriber Points which can be used to unlock more emote slots when/IF I ever become partnered. Revenue from this, like all other revenue I receive, will be used to support the stream and myself.

Emotes: These are the emotes you may use in ANY Twitch channel by Subscribing to me. Each subscription Tier will also include the emote from the Tier before it.

You can view my emotes at TwitchEmotes.com

If you'd rather tip me directly you can do so through Streamlabs.

How it Helps: Revenue from this, like all other revenue I receive, will be used to support the stream and myself.

How I Waste Spend Your Money

When I decided to try streaming, I had no real goal in mind. I didn't set out to turn it into a revenue stream or my main source of income. I simply just wanted to entertain people.

The reality of streaming is, it's not a guaranteed paycheck... EVER. So depending on the amount I am fortunate enough to recieve, I try to put it towards paying off my stream expenses which is roughly $200 USD for the internet & power bills. If I still have funds left over, which is rare but does happen, I use it towards purchases or more likely use it to buy groceries for me and my girlfriend.

Note: In most cases, I spend out of my own pocket and the streaming revenue was used to help pay down the credit card bill. Also I must earn a minimum of $50 USD from Bits and/or Subscribers within a given month before I can receive a Twitch payout roughly 15 days later. Learn more HERE.

Where are you from? 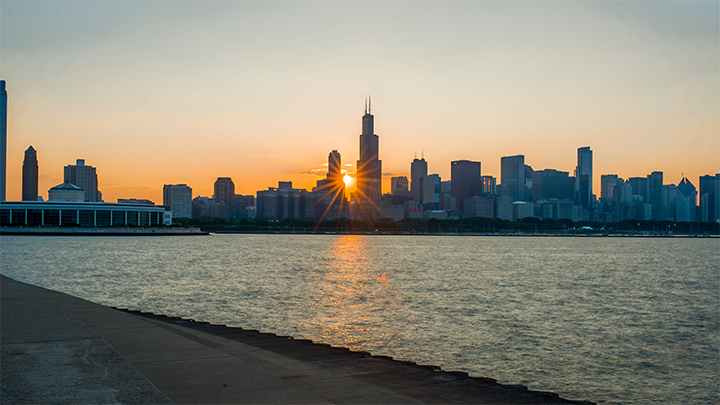 I was born and currently live in the small rural town of Chicago, Illinois. It's a very obscure place you've likely never heard of. There isn't much here just a few tall buildings, some world championship sports teams and the home of former president, President Obama. It's located in the middle of 'Murica so pretty much the center of freedom

How old are you?

I was born a long long time ago on a perfect 10 out of 10 day. I was a kid during the 1990's which also makes me a Toys-R-Us kid. I know the Macarena by heart, had 2 land lines growing up and know what a 56K modem sounds like. I can also confirm there was once music on MTV!

Yes, but my girlfriend would probably say otherwise. We've been together for 14+ years and she hasn't killed me yet so there's that.

Do you have any pets? 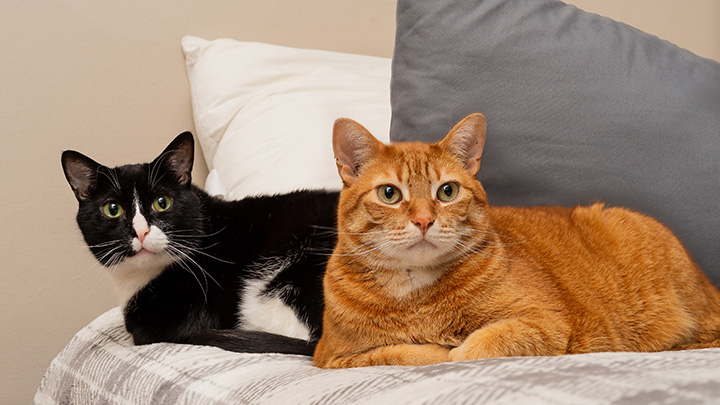 I use to live with 2 cats but they belonged to my roommates and have since moved away. The orange ball of fur, "Jerry" or as we called him "J" is the basis for the emote `shycitJ`. He is chunky and soft. The other cat didn't really come out, his name is "Ink Blot" or "Ib".

Are you famous, a spy or hiding?

No, my secretive nature is because I'm just a private person. But I could be a spy and/or hiding... The closest thing I've come to fame is having some photos I've taken go viral, a photo published in a book and a video being used in a Travel Channel show. 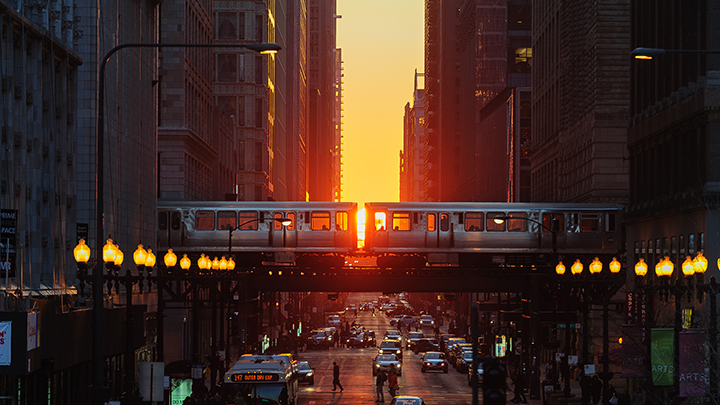 This is my most viral photo that I've seen show up in a lot of places. Someone on Reddit's sister even painted it and it might have been re-created in some street art. 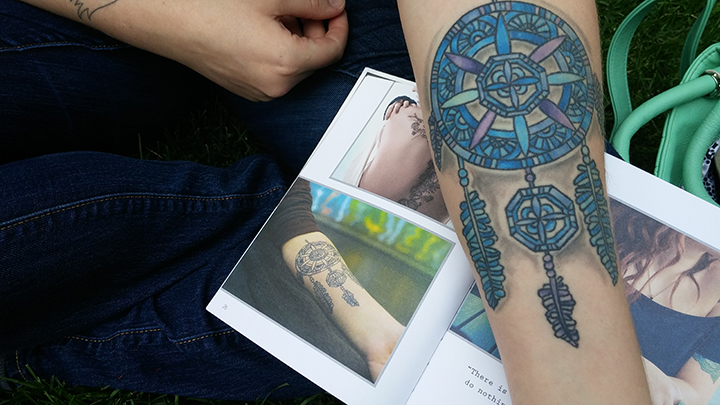 This was a photo I took of my girlfriend's tattoo, which she designed, that was published in a book titled "Inked".

The Travel Channel used footage I recorded while Transformers 3 was filming outside my office building for a TV show about hotels.